It's been a few weeks since our last post. We have been busy training and enjoying time with the pups.

On February 13, we participated in the Gateway Sled Dog Club Dryland race. This was a small club race, but it was a great event and a lot of fun.

Joy took Ruger and Denali in the 2 dog, 1 mile race. On the last downhill, she hit a slick spot while on the breaks, skidded, and wrecked. She got back up only to not realize the alignment on the rig was off and proceeded to wreck a second time. But fall down twice, get up three times. Despite the mishaps, Joy, Ruger, & Denali still did well enough to place first.

The dogs ran incredibly well and we were very proud of them.

We are also excited to announce we are now a part of the Nooksack Racing Team. Nooksack Racing Supply is a great company that has been very encouraging to us in our growth in this sport. We highly recommend Nooksack for all your dog powered sport needs. For those of you who live close to us, if you want to try different sizes of harnesses on your dog to ensure a correct fit, please let us know. While we don't have every size or style, due to the various sizes of our dogs, we have many of the sizes Nooksack makes (thanks, Prudhoe for being so overweight when we got you and for going through 3 different harness sizes as you got in shape).

This weekend we are headed to Stockton State Park to camp and run with the dogs on the Lakeview Trail and the Frisco Highline Trail.

Thanks for keeping up with our adventures! Stay tuned for more.

A huge thanks to Laura Stange for the photos below. 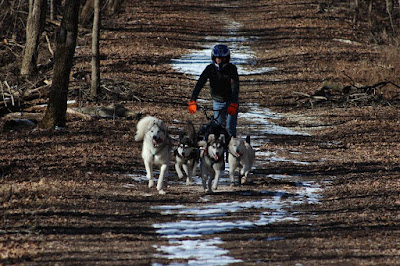 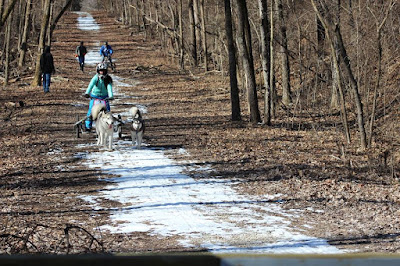 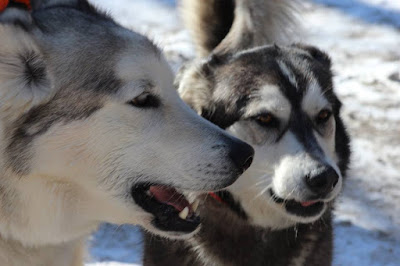 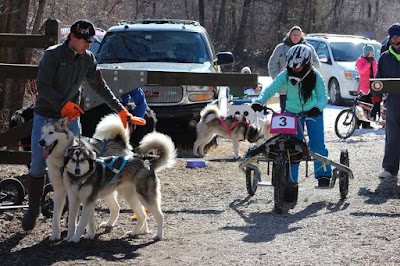 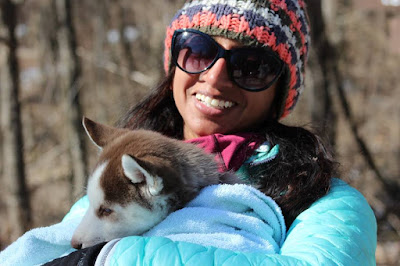 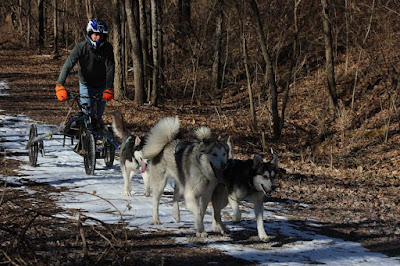 Posted by Lucky Fox Kennel at 1:55 PM No comments:

This weekend was phenomenal. We packed up and headed out on Thursday night for the Upper Peninsula (UP) - specifically Iron River, Michigan. 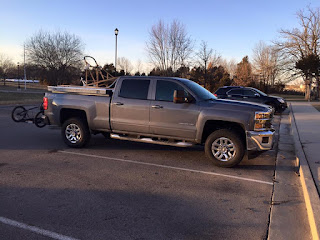 We arrived around 6:30am on Friday morning, and headed to our room to take a nap. We attended the mushers banquet where Ruger was the subject of much attention. Such a handsome dog warrants lots of photos!

We headed to the start line to watch Richie Camden of Breakaway Kennels head out for the 40 mile, 10 dog race. This event started in the dark, and was really exciting to watch.

We opted to race Ruger and Denali in lead, and Prudhoe in single wheel. A few weeks ago, Calypso quicked several nails, and has not been able to train. We didn't feel it was right to ask her to race. She was quite mad at us, and pouted in the corner of the dog box while the other dogs were being hooked up. However, she did enjoy playing in the snow and burying her face in it.

Ruger, Denali, and Prudhoe were ready to race. At the starting line, we overheard "That one leader is as big as two normal dogs put together" (referring to Alaskan Huskies of course).

The dogs ran well. Ruger was flawless, and Denali used her speed well. This was Prudhoe's first time on snow. He was unsure at first, but by the end of the race he was a pro.

Our official run time was 1:31:36, so about 7.9mph. We made a few quick stops along the trail, so our moving speed was just under 8.5mph! Our team placed 7th in the 4 dog race, and we were really pleased with this. It was the first time racing on snow for our team, and a great experience overall. We are looking forward to going back next year, and adding a few more races to our calendar. 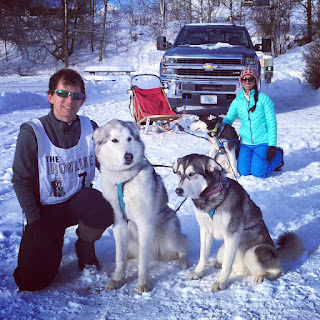 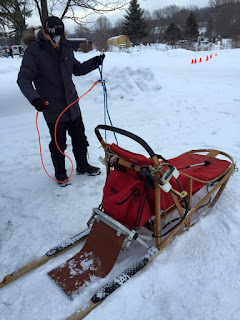 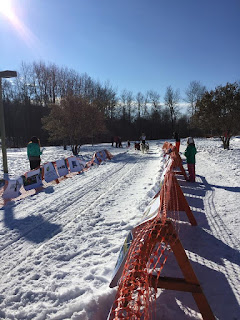 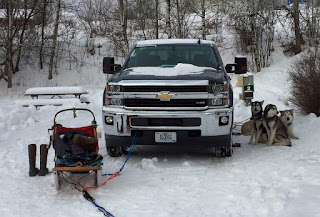 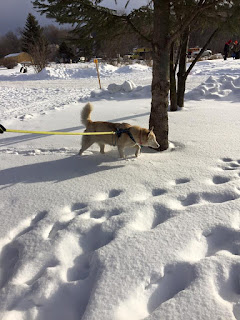 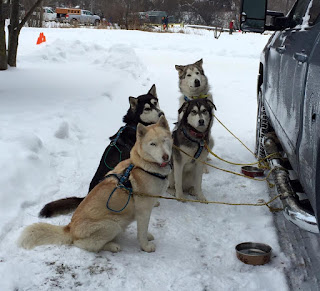 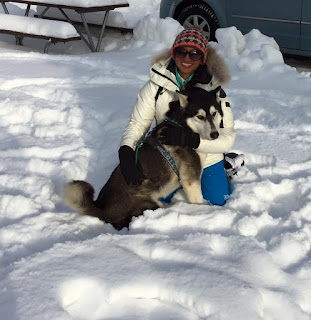 Posted by Lucky Fox Kennel at 11:07 AM No comments: